Costa Rica is a beautiful Central American country, not known for being intolerant of it’s beautiful gay community.  Nor of its beautiful wildlife.

Apparently though, it is known for having rather lazy politicians, who don’t do much reading and now they’ve found themselves passing a law that will legalize gay marriage without even realizing it, until it was too late of course.  Oh whoops!  Act of Gay hopes that the Costa Rican government will see that this mishap may have just been a simple Act of Gay and accept the power that created it.  We understand that they have some wicked politicians there (don’t we all?), who rather than dealing with their own issues in their underpants, feel obliged to lash out at others, like the stupid, ugly kid who bullies others in the play ground.  Listen to these ill informed and ignorant statements from one Costa Rica politician.

“Justo Orozco, a member of the evangelical National Renovation Party, slammed the measure.  “That preference is not a right,” Orozco said, according to La Nación. “It’s a stunted development of sexual identity. It can change like alcoholism, tobacco addiction.”

Please don’t tell us that people would vote for someone so clearly ignorant.  Oh wait a minute, we keep forgetting that there are a lot of people out there who make a lifestyle choice out of being stupid.  Act of Gay thinks that their marriages should be made illegal!

Just in case you wondered whether or not Justo Orozco is as beautiful as his fellow gay Costa Rican’s, we thought we’d let you make a comparison.  First Justo Orozco. 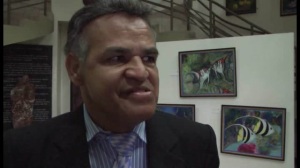 We think his exterior reflects his interior.  Now lets look at your typical kind and loving Costa Rican guy.

Act of Gay would urge the Cost Rica government, rather than to embarrass themselves by saying that no one bothered to read the law before passing it, to own their decision and to make themselves look like human rights leaders in the world and in Central America.  Turn this whoopsie into a whoopie and celebrate your gorgeous gays Cost Rica.

May we also remind you that Act of Gay is watching and so it could be no coincidence that about the same time you made this momentous decision (yes, claim it as your choice as true leaders) to recognize marriage, equally for all Costa Ricans, that Costa Rica was globally rated as the most innovative country in the world by the 2013 Global Innovation World Index.

Recognizing That Your Citizens Should Be Treated Equally is Very Innovative

Act of Gay may have also intervened to insure that Costa Rica also consolidated its relationship with the European Union ensuring that products from Costa Rica can be imported without tariffs.

So, Costa Rica, see what Act of Gay could do for you should you wholeheartedly embrace this little whoopsie.  Make it your own, claim it, own it, be proud of your gays and just imagine how many fabulous gay weddings you’ll see on your stunning shores.  Be smart Costa Rica and remember, if you want to stop anyone from getting married, it should be stupid, ugly politicians.

We urge you to let your boys 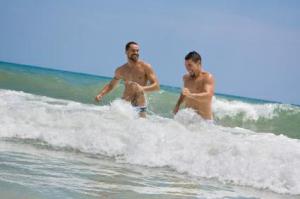 and your wildlife be wild and free and able to be together forever.