Singapore has an LGBT movement to be proud of.  Home of the unique and fabulous Pink Dot Rally, this year over 20,000 Singapore citizens, LGBT people, their families, friends, supporters and loved ones gathered to make their voices heard.

Pink Dots Should Spread Across the World

The Pink Dot Rally was supported by famous Singapore celebrities including a well known TV presenter, a popular sportscaster and a famous director.

Pink Stars Come Out for the Gays

With such an active and vibrant gay community, it would be easy to think that Singapore is a gay friendly country, but no. It’s one of those silly countries still in thrall to ancient British colonial laws imposed upon it by religious politicians who were quite happy to participate in their own fornicatory (our own word) exploits, but who wanted to control the orifices of the peasants and the subjects in the countries they had colonised.

Bizarrely, this year, in 2013, a spineless Singapore judge decided to uphold the archaic laws that continue to criminalize homosexual men in Singapore simply because he didn’t have the decency or bravery to break away from British law.

In most instances, all of this would give Act of Gay a good reason to come down hard on Singapore and identify Acts of Gay of the less salubrious kind.  But no, today Act of Gay wishes to celebrate Singaporeans and their brave, and gorgeous LGBT people.  It would be a travesty to bring an Act of Gay disaster upon a country that has a magazine like this.

Moving away from the gratuitous appreciation of Singapore, we would like to lay our claim of Act of Gay pride upon this brave politician, Vincent Wijeysingha.  This handsome, articulate and simply sensational opposition leader has come out publicly in a country where his existence is a crime.

He told The Associated Press on Monday that although the government resists decriminalizing homosexuality, “society will eventually overtake it on this question.”

“I am entirely convinced the law will eventually be repealed,” said Wijeysingha (wee-jay-sing-ga), treasurer of the Singapore Democratic Party. 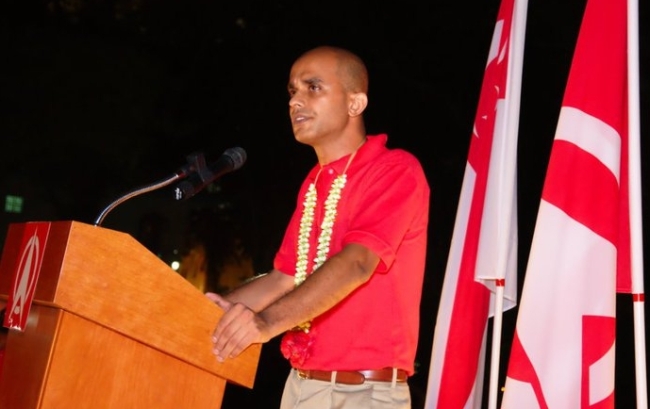 Finally a Smart Politician Who is Not a Coward

Singapore to Attract Wealthy Gays if They See Sense Soon

– but, a celebrity chef, who happens to be hugely popular in Singapore has promised to open a restaurant there soon.  We do admit, that this might not be considered a miraculous  Act of Gay by some nations and, in fact, be more of a punishment, but Act of Gay recognizes that some people do indeed love Gordon Ramsey.  He also, is alleged to carry a right of passage experience that many gays share.  Allegedly (we must keep saying this to protect our delicate sensibilities from accusations of mud slinging or gossip – god forbid) lovely Gordon, who was once listed as a gay icon, was cautioned for ‘gross indecency’ with two other men at a public bathroom in a London tube station.

If the UK Daily Mail Says So, It Must Be True

Now that Act of Gay has justified its position adequately, we just need to do more gratuitous business, because we can.  Here is a mock up of what this incident might have looked like, presented by The Daily Telegraph of Australia. 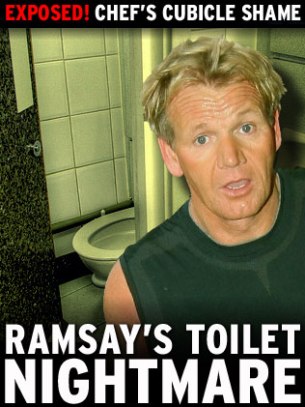 So, Singapore. If the gossip about Gordon is true, then you’ll need to shake up your archaic laws if you really want him to open up a restaurant in your country – which we believe you do. 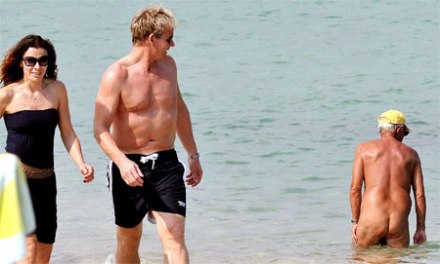