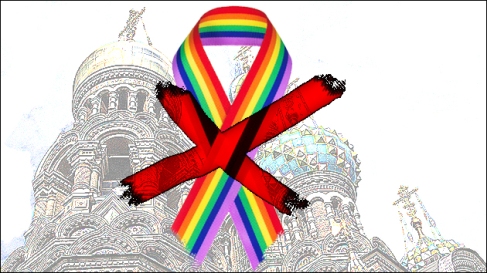 After recent horrid behaviour towards the gays in Russia:

“As violence escalates, the issue is no longer a hidden factor in Russian life as illustrated by the brutal murder of 23-year-old Vladislav Tornovoy in the southern Russian city of Volvograd.

Tornovoy, who had been drinking with friends, at some point admitted his sexual orientation, which led to his death.

Andrei Gapchenko, a senior police detective in Volgograd, said one of the suspects had admitted to investigators that they had tortured Tornovoy.”  Anti Gay Violence Escalates in Russia

You would think that a country that is so cold and has so many bears would embrace their hairy, beary gays for warmth if nothing else.  Russia – be nice to the gays, because when there is an Act of Gay, it’s normally deep and hard.